They seek him here; they seek him there. For centuries, the elite of the world have sought the Pimpernel everywhere. Some want to kill him, others want to hire him, but Jack Cavanaugh knows that the love/hate relationship comes with the job title.

At present, Jack is trying to dismantle an investment scheme centered in Las Vegas, but “trying” is the operative word. It’s been a month since he put the face of the scheme behind bars, yet the scam is still going strong. As Jack tries to uncover who has stepped in as the new head, what miniscule evidence there is all seems to point him back to Claire Ramsey, an introverted PhD student studying at UNLV.

If ever there as an unlikely head of a investment scheme, Claire’s it. She has a genius IQ, but from all Jack has seen, Claire’s intelligence is as much a blessing as a curse when paired up with her acute OCD. Claire can barely make conversation with the cute guy down the hall, which makes it hard to believe she could be the charismatic salesperson who is getting international businessmen to invest $5—50 million a pop.

So what is Jack missing? What is the real story behind Claire Ramsey? And once Jack learns it, will he be able to walk away?

The high-pitched scream from the other side of her apartment door shattered Claire’s thoughts.

“Daniel?” That shriek had been way too high to come out of a man.

“Help!” Daniel’s voice cried out from the other side of the door.

Claire unlocked the door and pushed it open, finding Daniel cowering on the couch in sailor-themed boxer briefs. Classical music played from his bedroom, indicating Daniel had been sewing before he ended up on the couch. On the ground between them lay the lounge robe Daniel had made in his fashion design class along with his house slippers. They looked like they’d been flung at random.

“Move!” he shrieked at her, stabbing his finger at the ground like a mad man. “Take the high ground and leave the door open. Maybe it will go back to the gates of hell, where it belongs!”

Claire followed the direction of his manic gesturing, freezing when her eyes locked on something the size of her fist with eight hairy legs. “Daniel? Please tell me that is a toy.”

The spider chose that moment to make its move—which happened to be sprinting her way.

Claire shrieked as Daniel motioned for her to join him on the couch. “High ground!”

Was he insane? She would have to leap over the tarantula to get to him. Why in the world would she do that when she could just run away and go to a hotel for the night?

“Voldemort?” a man’s voice said from behind her a split second before Claire backed into a male body blocking her retreat. Not only did Claire scream, but her body was suddenly possessed by an Olympic hurdler as she scampered across the living room and flung herself into Daniel’s arms on the couch.

“You found her!” a flagpole of a man from the doorway said as Claire latched onto Daniel, hiding her face against his shoulder. If she didn’t see the spider, maybe it would cease to exist.

“Found it?” Daniel scoffed. “That thing tried to duel me for my sandwich before I batted him off my kitchen table.”

Claire shuttered, only vaguely realizing that the shoulder she was hiding her face in was bare. I’ve never hugged a guy who was only wearing underwear before, she thought a moment before Daniel pulled her keys out of her hand and flung them at the ground to join his slippers and robe.

“Don’t chase it this way!” Daniel yelled at the other guy.

“Come on, Voldemort,” the spider guy cooed. “Let’s get you back into your habitat—Don’t run!”

Wait, it was running? Claire didn’t want to see that, yet something compelled her to turn and look anyway.

People always said that horrible things seemed to happen in slow motion, but Claire could have sworn the giant arachnid was coming at her in fast-forward mode. In a heartbeat, she had climbed up to ride piggyback on Daniel while he responded by flapping his hands in panic as if he could fan the thing away with a light breeze.

Not only did the spider keep running, it was sprinting like an arachnid with a plan—heading straight for the couch. When Daniel backed away, Claire felt her back thump into the wall. Before he could move again, she pushed off his back to stand on the back of the couch, dropping her purse when it threatened her balance. On the way down, it ended up in Daniel’s hands and he wasted no time finding items inside and tossing them at the spider while its owner moved in to act like a human shield.

“No!” the tall guy cried as he tried to corral the beast. “Don’t throw things at her. You might hurt her.”

Just then, Claire’s favorite lip gloss bounced off the hairy spider, stunning it.

That lip gloss was dead to her—not just the tube, the actual brand. She’d never be able to look at it the same again.

Some describe Sheralyn as a girl who’s been around the block and worked at every shop. This isn’t far from the truth. Writing is what she loves most, however. There’s a magical power in stepping into new perspectives time and again, and seeing the world through different eyes. Few things increase empathy more than walking in another’s shoes for 100,000 words or so. At least that seems to be the trend so far.
Some random things to know about Sheralyn:
* She’s a wanderer (geographically)
* She can write a novel, but doesn’t have the attention span for one page in a journal
* She vehemently disagrees with Stephen King’s stance that authors should not watch TV
* She is pretty much incapable of sleeping before midnight
Website * Twitter * Facebook

Open only to those who can legally enter, receive and use an Amazon.com Gift Code or Paypal Cash. Winning Entry will be verified prior to prize being awarded. No purchase necessary. You must be 18 or older to enter or have your parent enter for you. The winner will be chosen by rafflecopter and announced here as well as emailed and will have 48 hours to respond or a new winner will be chosen. This giveaway is in no way associated with Facebook, Twitter, Rafflecopter or any other entity unless otherwise specified. The number of eligible entries received determines the odds of winning. Giveaway was organized by Kathy from I Am A Reader and sponsored by the author. VOID WHERE PROHIBITED BY LAW.

I'm a book lover,and mother, wife and Latin language teacher.I think that books are our friends.They can't cheat us or betray us.We just have pure enjoyment in them.I start Books are my life cause I want to share my passion about books , to chat and recommend great books with you. So please say what you think, comment and share your favorite books. View all posts by booksaremylifesilvy 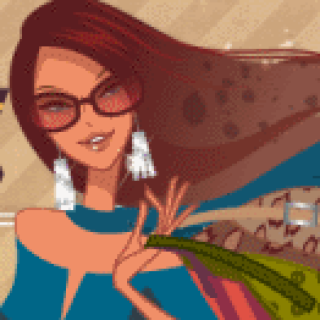 Because of You by Silvy Wells

Books are my life recent posts: